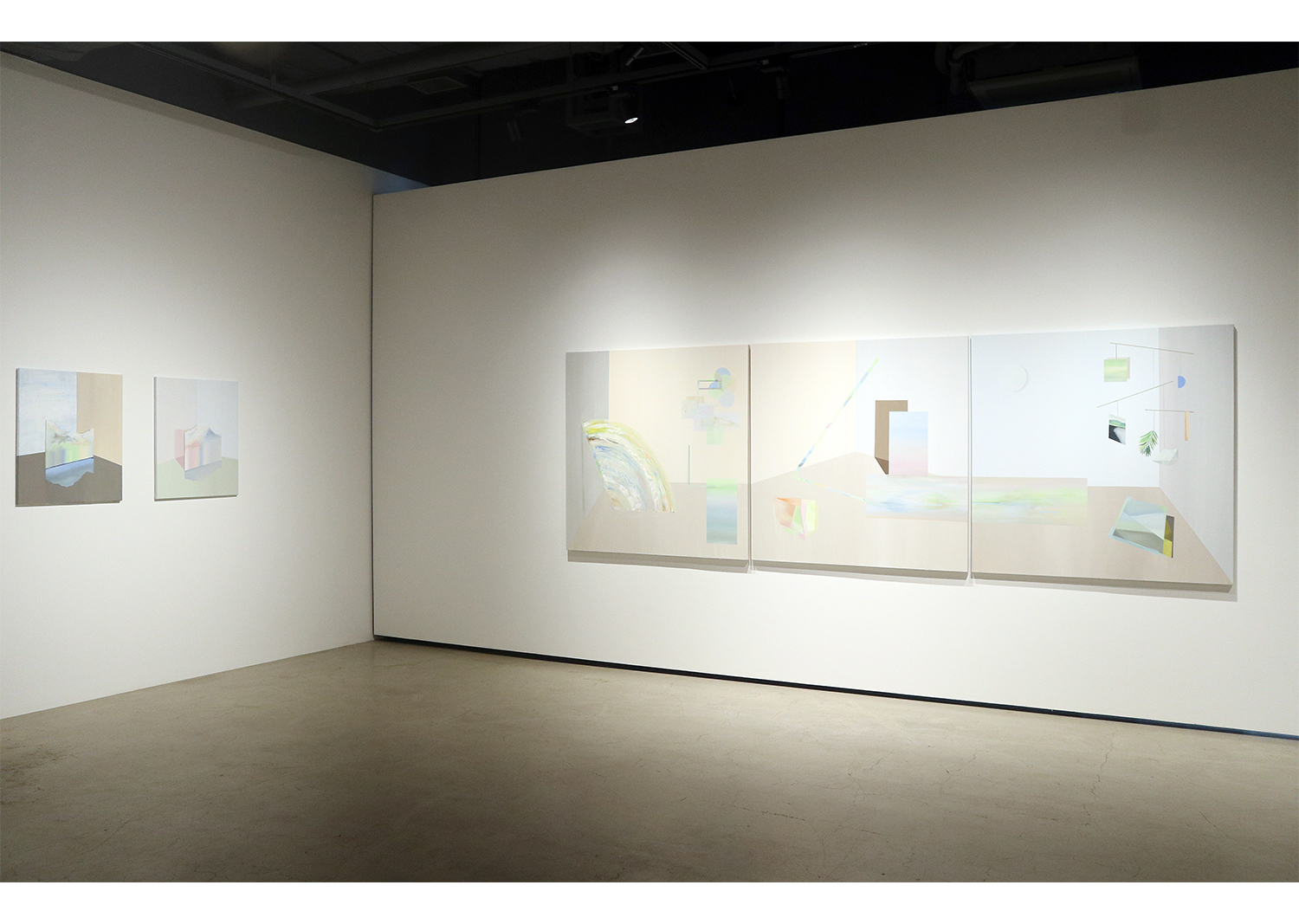 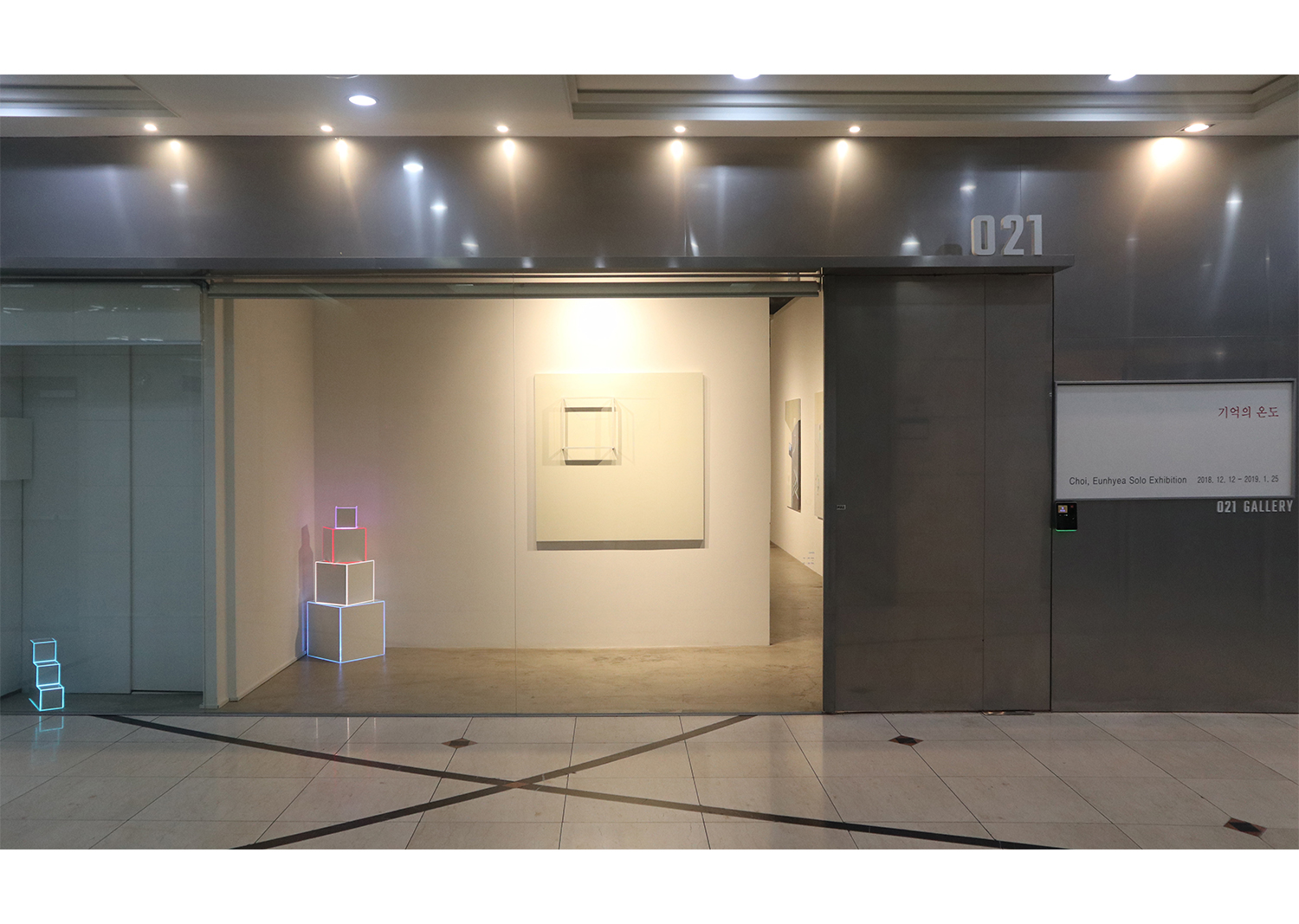 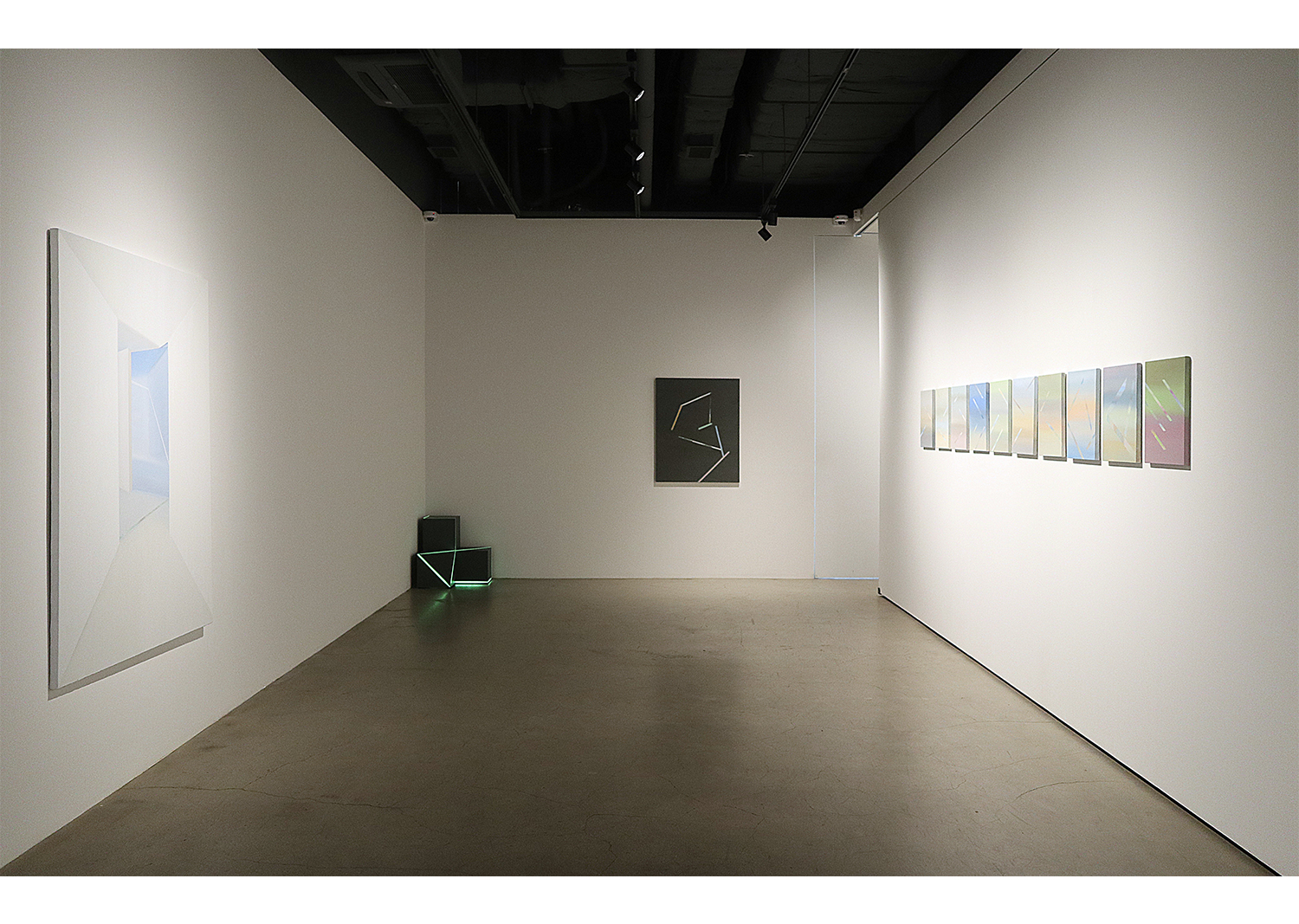 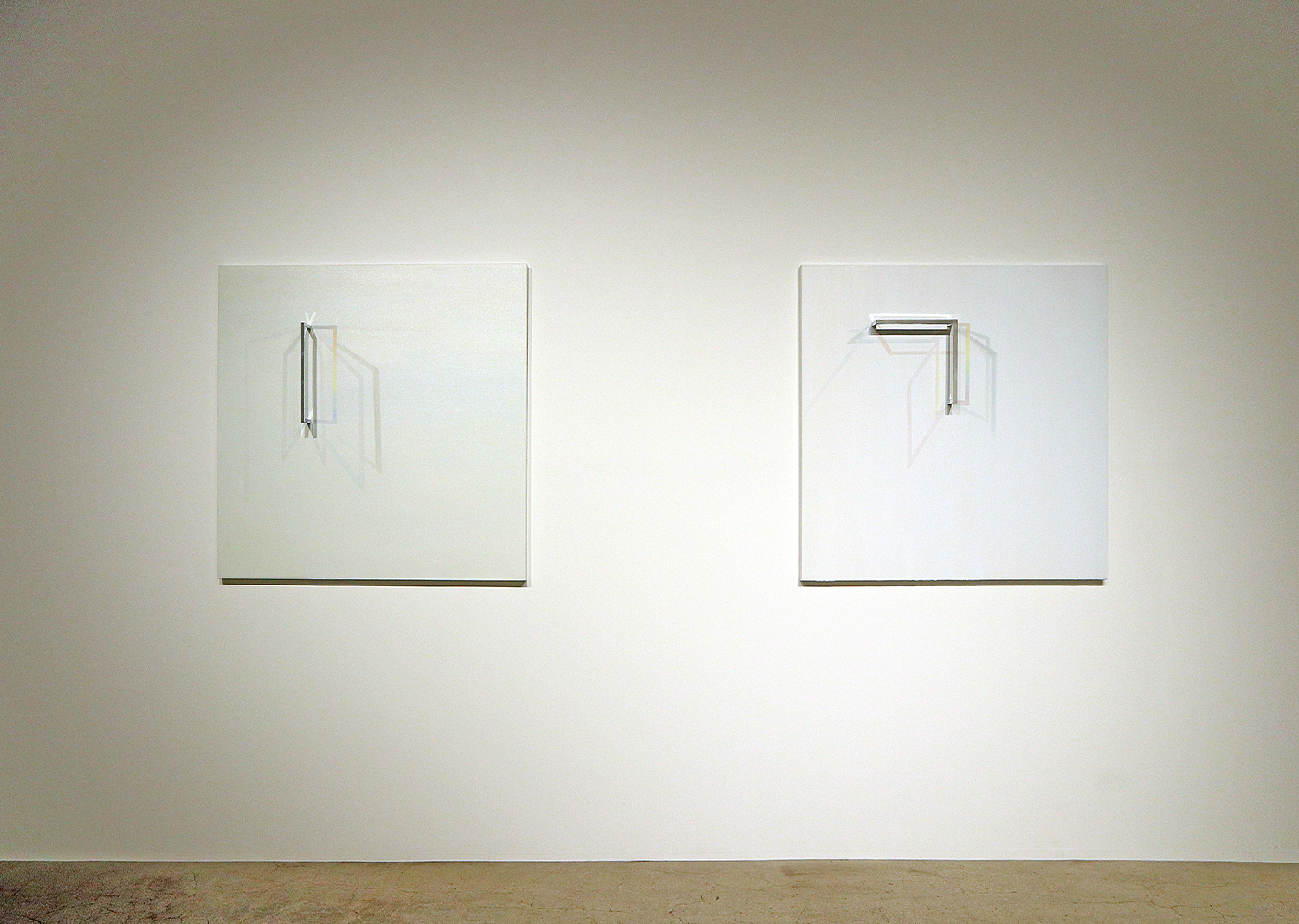 Movements between the momentary and fluid things collected through senses and the real things. My works begin with my interests in the relationship between the two. I visualize the communion between the two worlds created by the non-material energy created in between, that is, the communion created by the organic movement. To express these organic movements, they are interpreted in the form of various relationships with communion and in the form of time. For this purpose, the organic movements between visible and invisible things are mainly visualized through the medium of light and shadow. These movements create the endless relationship of creation and are expressed in a form represented by subtle visual combinations, forms and colors found between the inner world and the objective world. And these movements are reduced to a layer of a meeting between geometric and irregular forms and multi-layered colors, where the movement means continuous movement that endlessly creates traces and deformations through the movement of time and the unfixed imaginary movements.

I create the space and temporality in the world that I am experiencing in a painting style from the perspective of ‘continuous multi-layered space’. This is reconstructed into a painting space of an open structure without being embodied according to the principle of representation. This is because the relationship between time and space is expressed as a transcendent realm that can not be reduced to the center of space.

In <Dialogue_Time Strolling> series, the creation and depth of multi-layered space are expressed through the ‘extended plane’ that is the combination of the illusion created in the plane and the real object. For example, an abstract space where phenomena and the non-material world are combined is activated by attaching colored wooden or acrylic rods to the plane of the canvas to distract the boundary between illusion and reality. This enables it to draws a new perceptual experience through the balance between the non-material traces created by the phenomenon and the media present in the screen, that is the material thing. The shadow that tool place on the plane as the phenomenon and the reproduced illusions that have fallen at different times are harmonized, making the canvas become an open space for a leap into the non-material world beyond reality. If in <Dialogue _ Time Strolling> series, the record of the movement of real time, that is, the experience of accumulating time on the canvas and the new perception transcending phenomena based on it, is expressed in an implicit and conceptual way, in <Collecting Scenes> <Balanced> and <Window Seat>, the scenes accumulated through experience are expressed in a personal and narrative way through ‘the movement in the mind’, that is imaginary movement. In this work, new movements that are continuously created through a combination of visible and invisible things are expressed. Movements from this time to that time is not distinct in the flow of time and the image is perceived perceive with ambiguous perception, which allows it to detect midpoints placed on subtle boundaries through unclear forms and colors. The sky blue in the unclear time overlooked through the window of the airplane, the ambiguous pattern in the form of light following the movement of the wind, and the color of the light drawn in the gaze through the movement of the moment are the examples, and these are reconstructed into a multi-layered space after being combined with inner perspective or memories.

As such, the ultimate goal of my works to form a relationship with myriad phenomena derived from real things even though they are not visible, that is, the potential communion with them. I structuralize ‘the relationship; with the phenomenon surrounding me by embodying the phenomenon through in a multi-layered form. Through this, I pursue various meanings implied by things that are invisible but real.