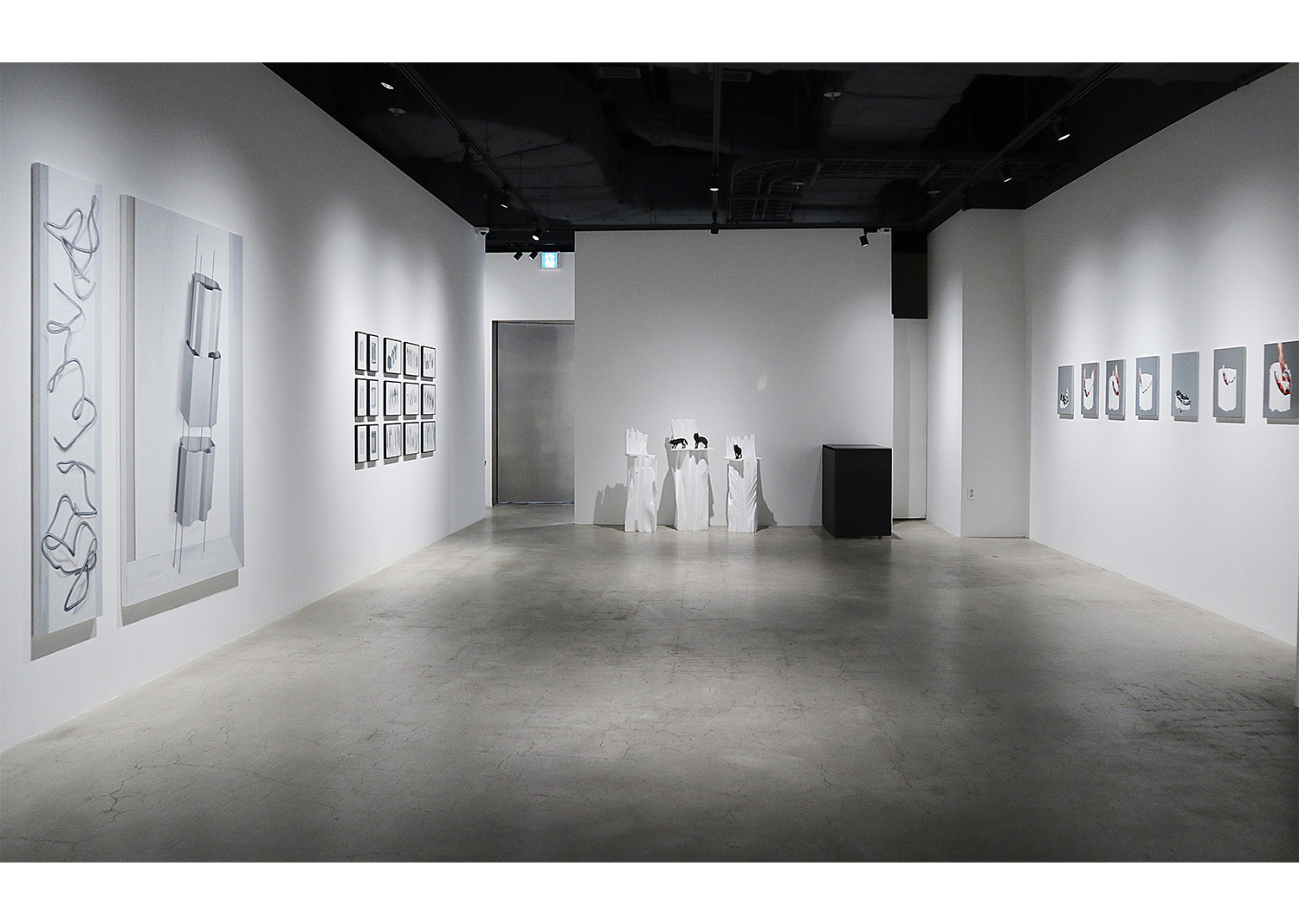 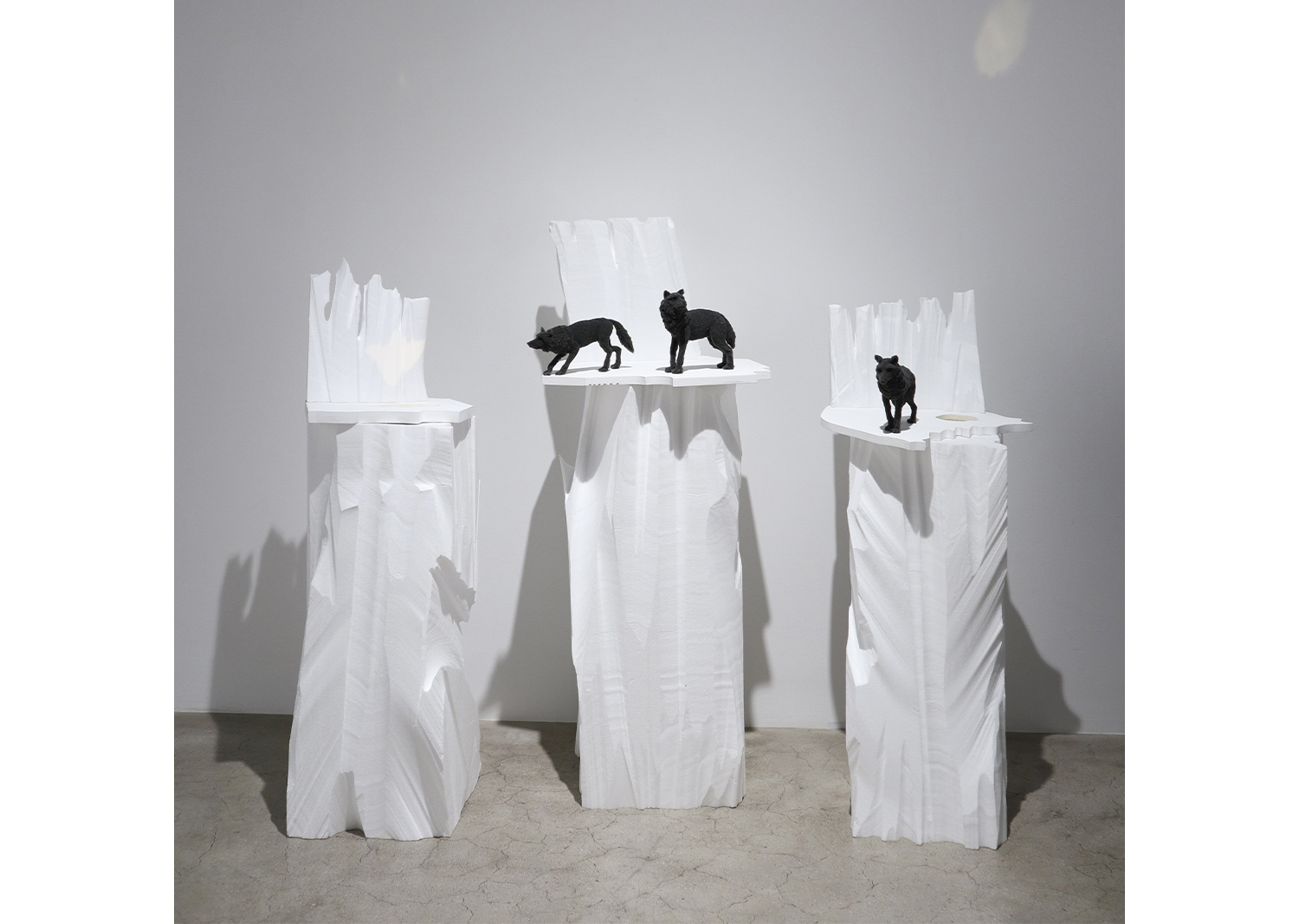 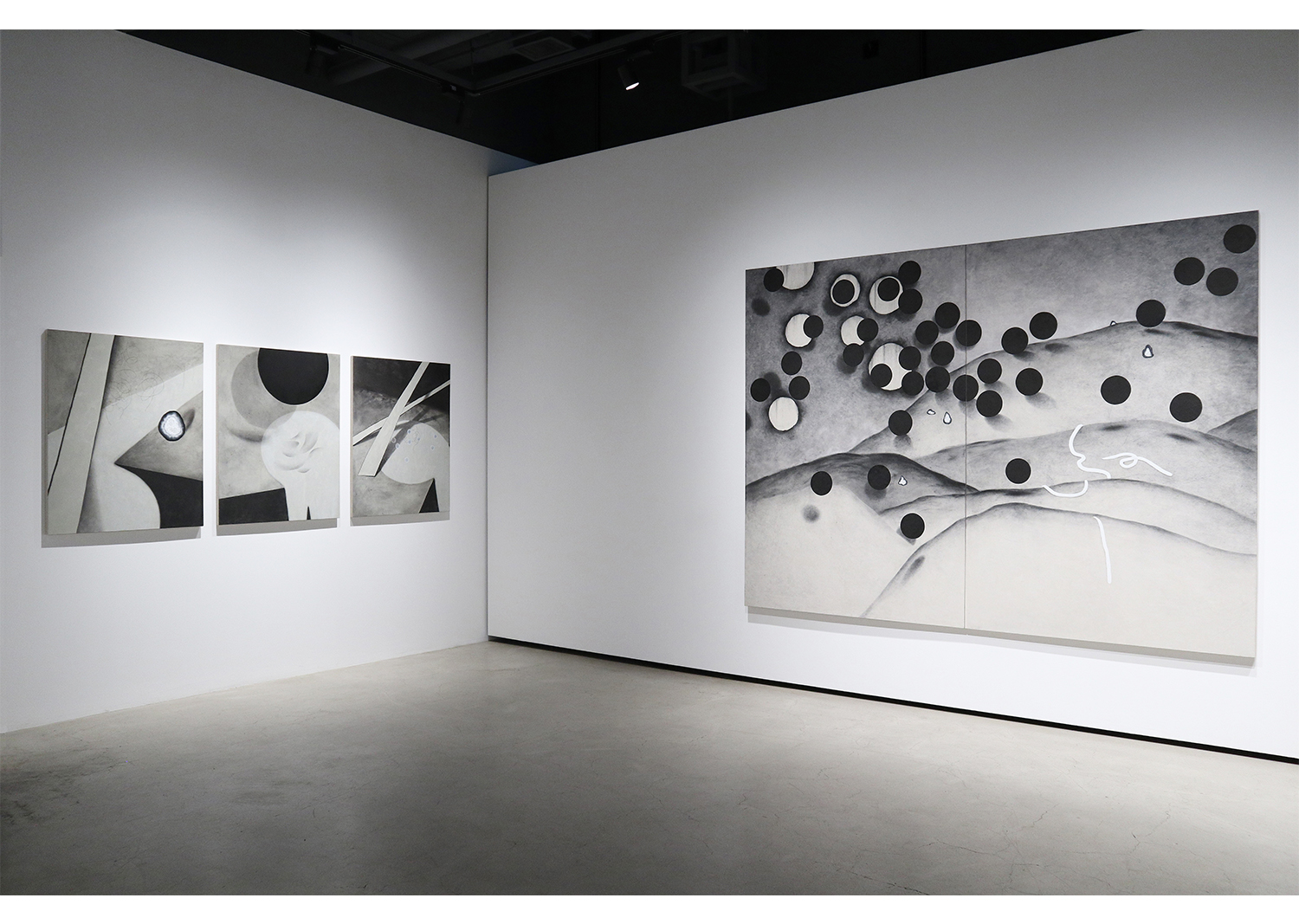 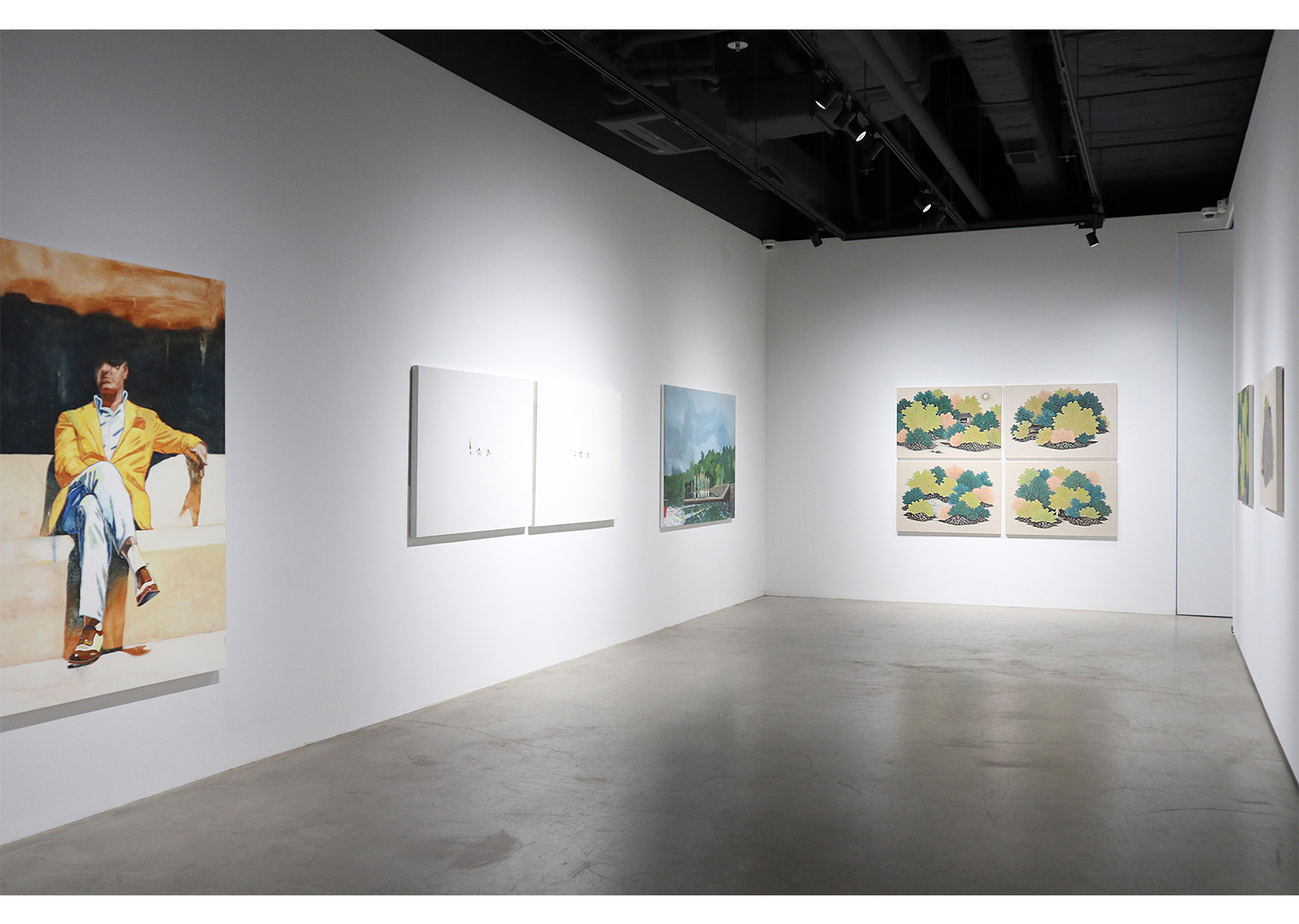 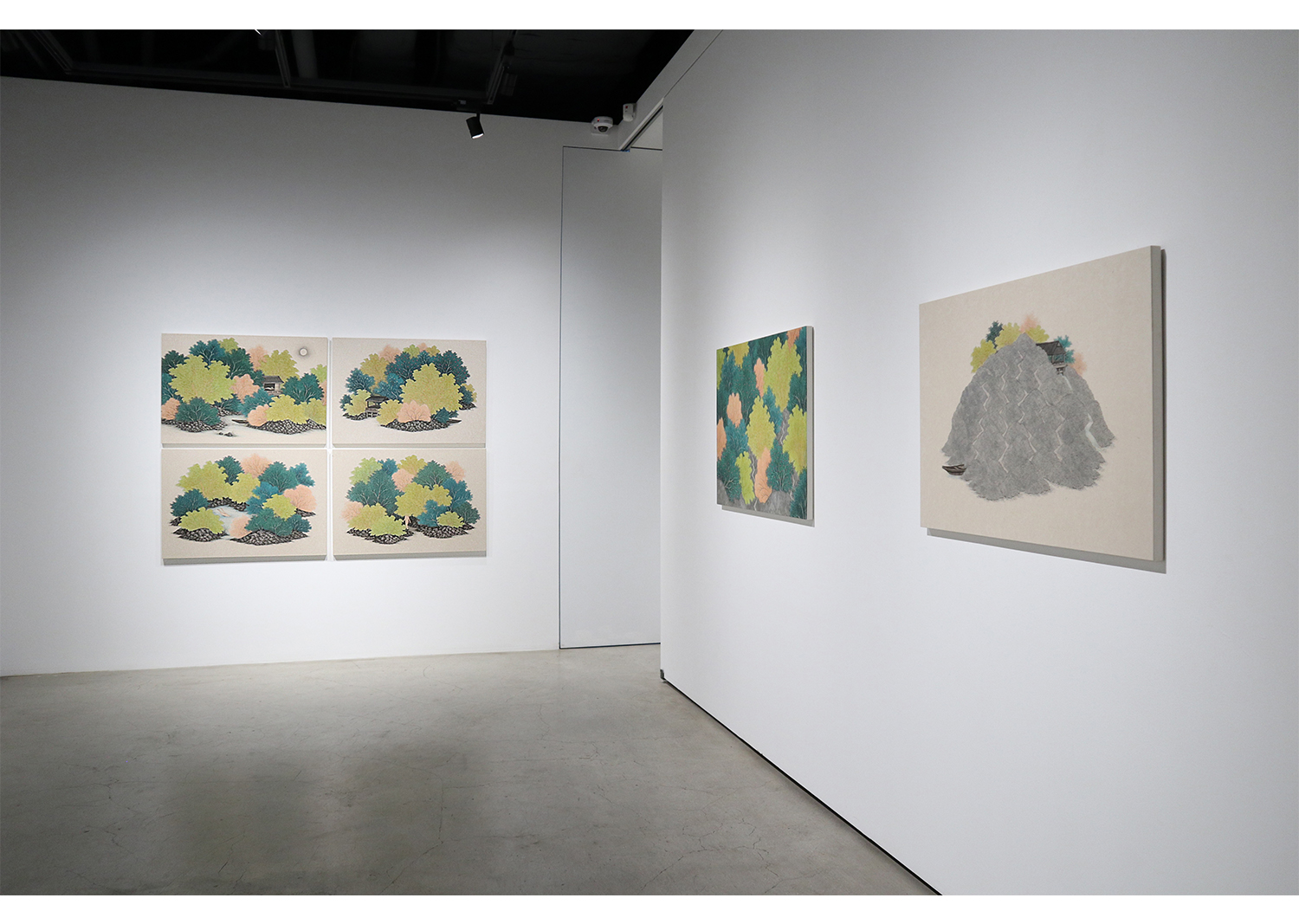 021 Gallery’s Young Artist Project, ‘axis 2019’, is presenting the works by artists that present the scene, here and now, with their unique form and technique. This exhibition asks about ‘contemporaneity’, in which the art tries to realize through the works of contemporary artists who communicate with the era through their own views, and reinterpret and rediscover the world in new ways.

Minjoo Kim offers time for rest and privateness to modern people that are pressed under TMI (Too Much Information), through the traditional space of Oriental paintings. The two elements of space that the artist reproduces include the traditional element of temporal distance and the natural element of physical distance. The artist utilizes traditional materials of Oriental painting, including Korean paper, screen, ink stick and pastel, but cracks the realization of tradition by overlapping with the objects or organisms of the present time to communicate and reinterpret now, and here.

Youngjae Kim expresses the big and small tension in invisible instinct for survival around us, through the bodies of animals in his work.

‘Surviving’ now, and here is not the world in a game, but reality. The artist uses the tender property of sponge to express the tension of wild animals to ‘survive’, which perhaps may be the reflection of us, visually.

Heejung Kim begins a dystopian imagination from a question, where the destination of mankind that dashes through the 5G era, where they can download a 1 gigabyte movie in 10 seconds would be. The artist’s imagination leads to the work on the absence of utopia and futility of all existing things. In <Nonexistent Place> and <At 0 State>, the artist presents now, and here through a strange scenery of vague shapes in monotone using ink and charcoal.

The city now, and here is enormous that it can’t be read or felt comprehensively. The artist records the part of city view through photos or drawings, transforms it into small sculptures or models, and redraws it. The enormous scene of city is reinterpreted into the city, where new order and rules are granted.

Sangik Lee duplicates the image of movies, which are the most popular form of media among many contemporary art forms. By collecting images in the movies and using pictorial interpretation, he relocates and restructures without the separation between concrete area and abstract area. In this process, images acquire the property of rhyzome. The artist reinterprets now, and here through the image that required the property of rhyzome in the ‘ambiguity of senses’, which people feel as if escaped from reality, or reflects reality, while watching movies.