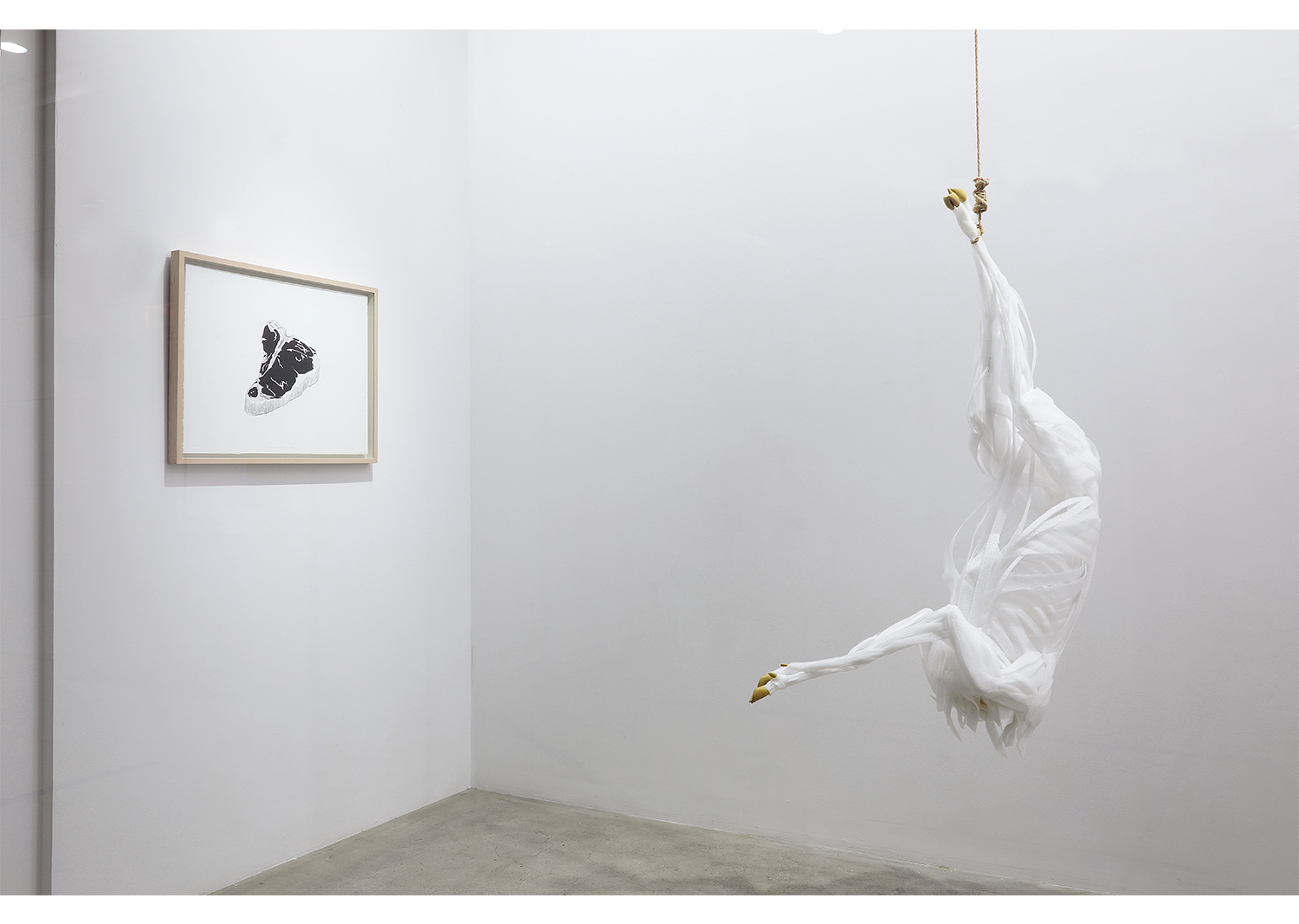 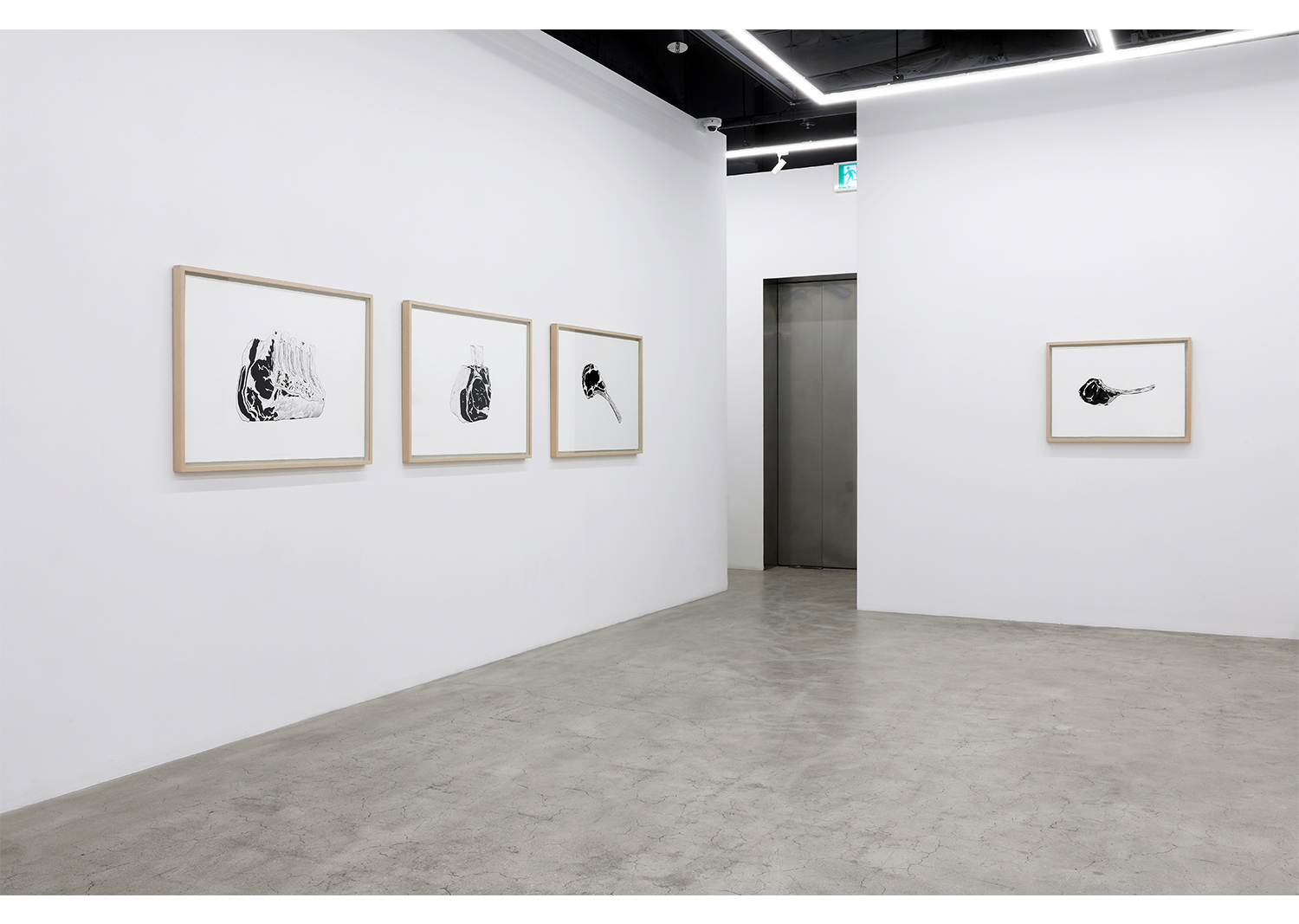 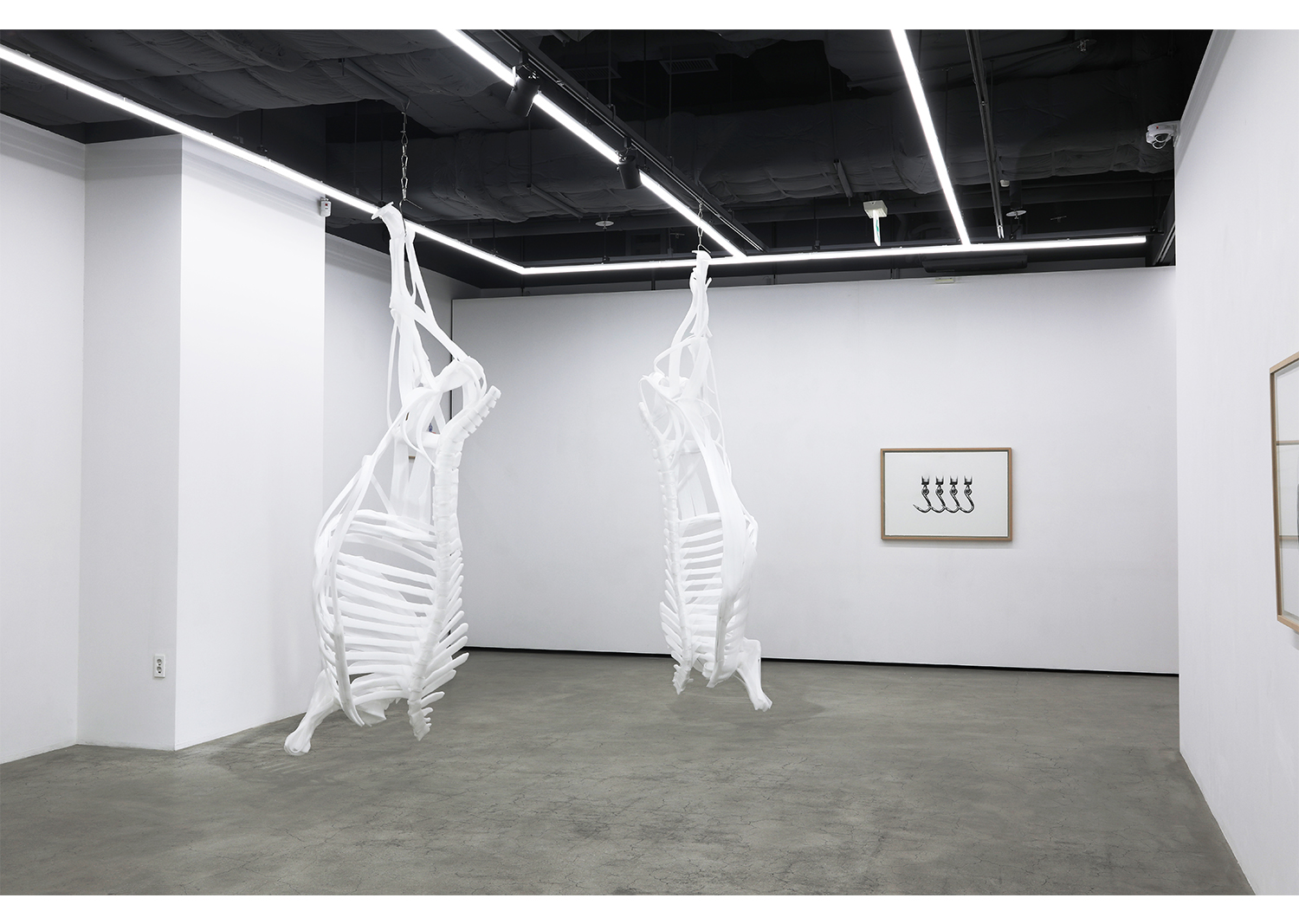 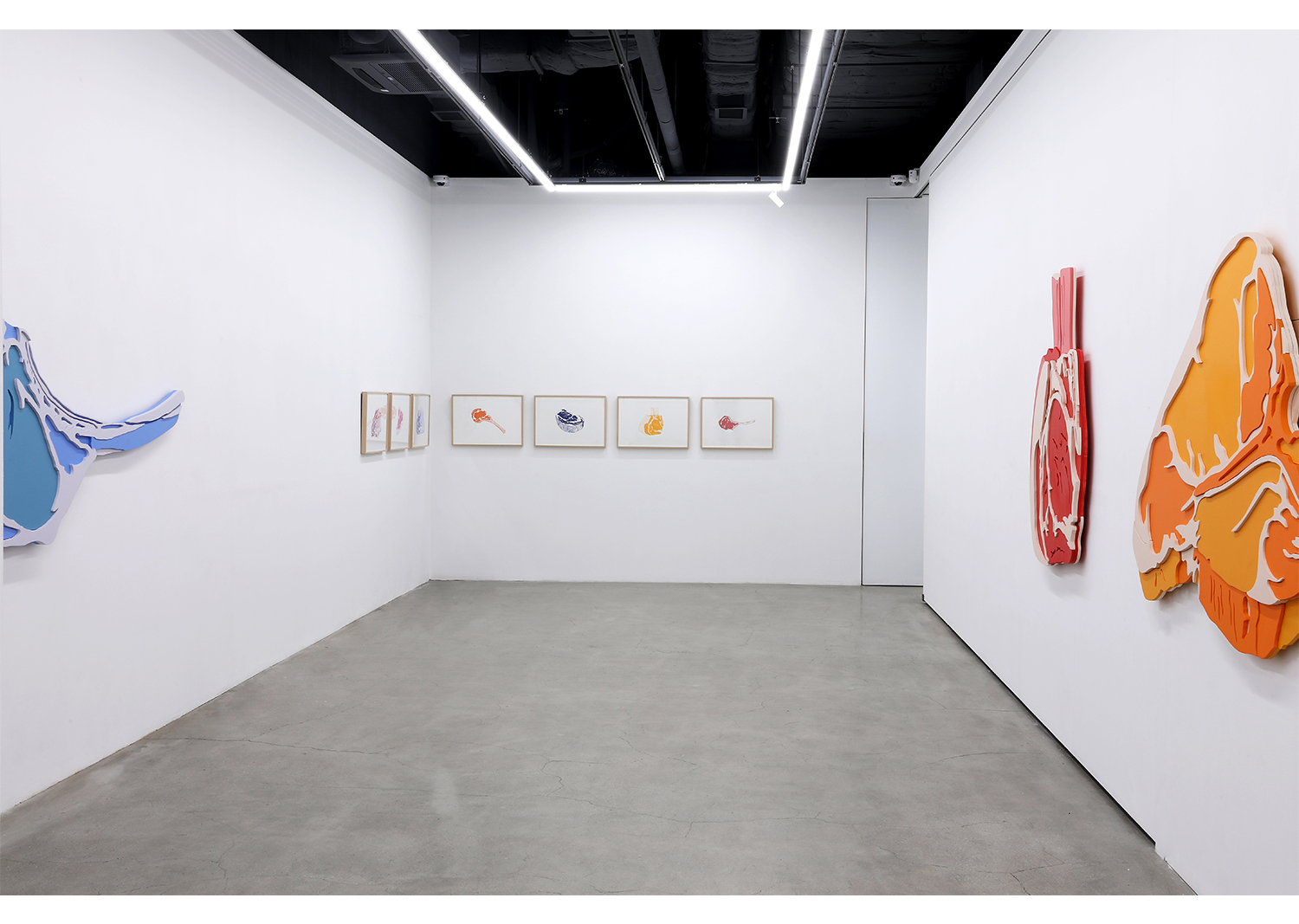 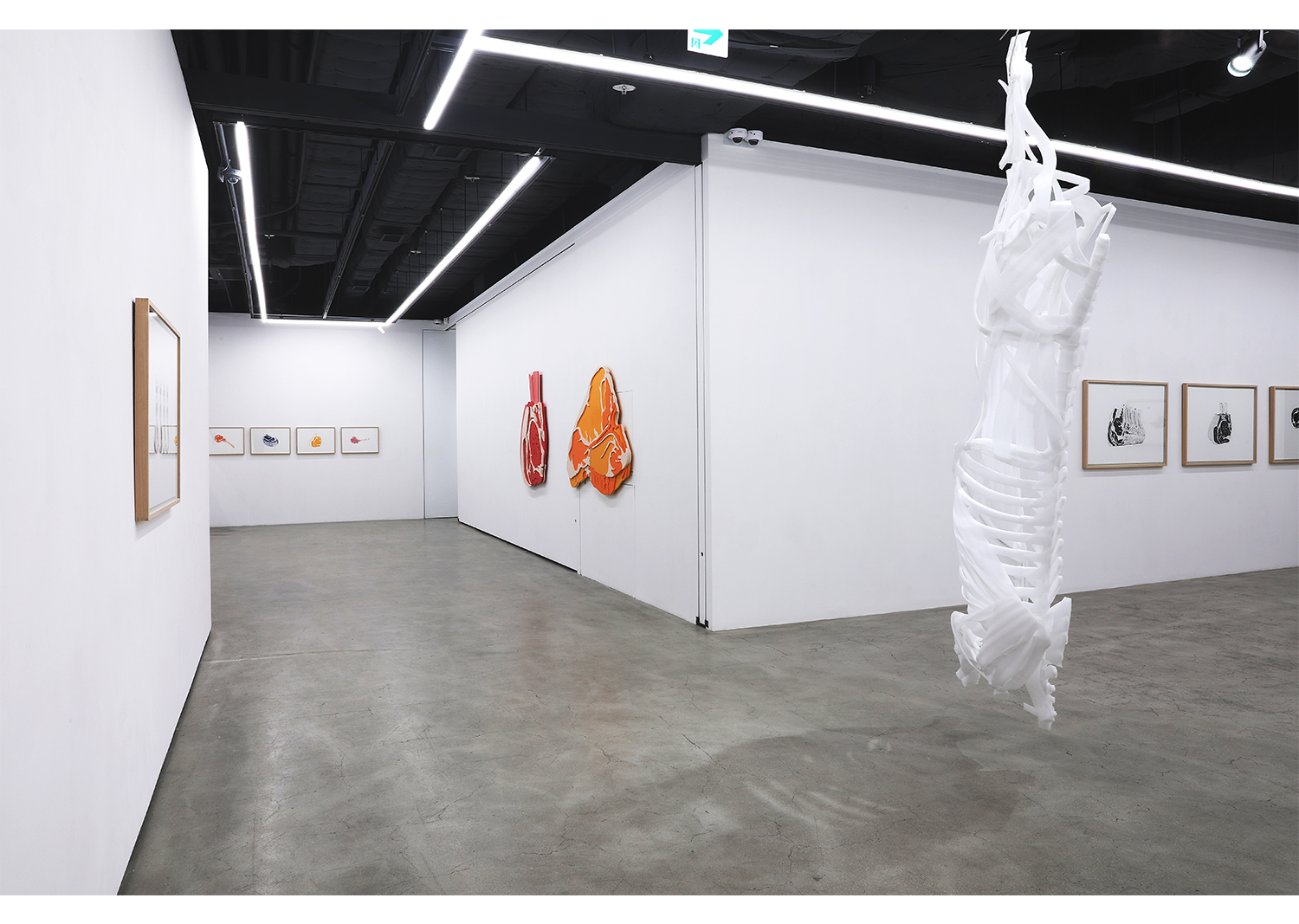 021gallery will be hosting Kim Youngjae’s solo exhibition <The Hunter’s Meal> from January 7 through February 24, 2021. Using different mediums such as sculptures, the artist talks about survival. He uses the metaphor of hunter and prey to express how it is to survive as an artist in the modern society.

The author uses both plane and three-dimensional structure to show the dissonance that comes from creating art he desires, and the art that the public and the art industry demand from the artist. He does so by using an analogy of a hunter who cannot live without obtaining meat from an artificial system in order to settle his hunger.

If there is a hunter who has been starving for days because he has failed to catch anything in some time, a big head decoration or an antler of a prey may not be the first thing on his mind. It would be the fresh meat.

In the last three exhibitions, the author has displayed how the modern society’s economic activities and our lives that are entangled in them can be compared to the act of hunting, metaphorically.

He expressed the struggle for existence that is beyond the matter of simple life and death as a trophy. Through portraying the relationship between a hunter, a prey, and a sculptor, he threw the question about the values that are prioritized in modern capitalism where mammonism prevails.

What does ‘survival’ mean in Korea now that nobody really dies from ‘starving’? Why are we cornered into an endless competition and what values bring about this competition?

As the livestock industry developed, the world no longer needed a hunter to obtain meat. The meat that is supplied by artificial systems thoroughly follows its course of life as food from the moment of its birth until its death, and it is clearly different from the meat that is supplied by hunting, which comes from a natural system called ‘ecosystem’.

The 4th solo exhibition <The Hunter’s Meal> revolves around the object of butchered meat, which is displayed on both planes and three-dimensional structures. The dissonance of auteurist art, and the art the public and the art industry desire relates to the analogy of the hunter who needs butchered meat.

The sculptor had no choice but to stand on the blurred line that differentiates art from product to become a ‘hunter’ who succeeds in catching preys. To him, a ‘gun’ may not be the most urgent thing. What he needs the most is ‘meat’ that he can feast on. Regardless of it not being the prize of an intense hunt.