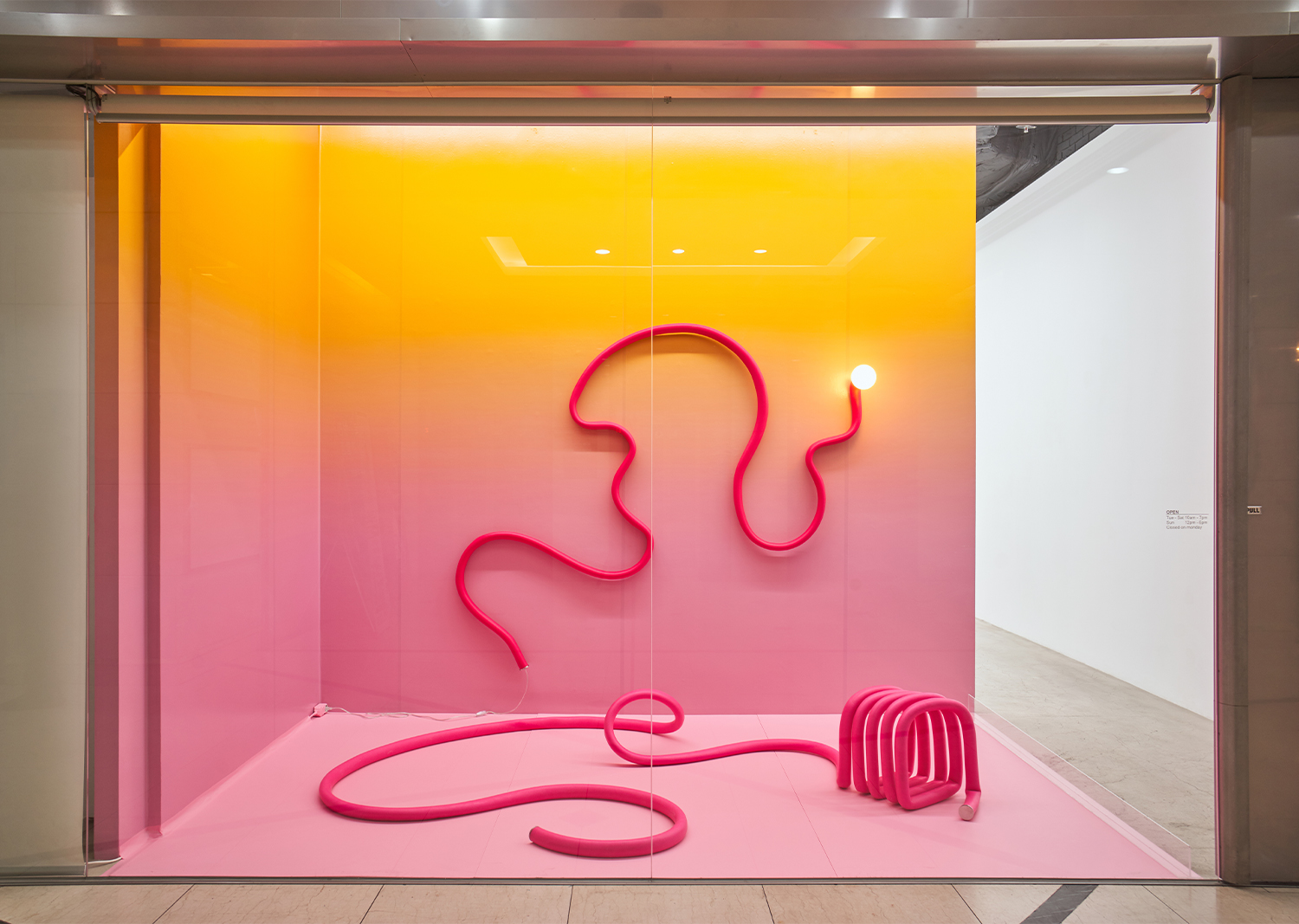 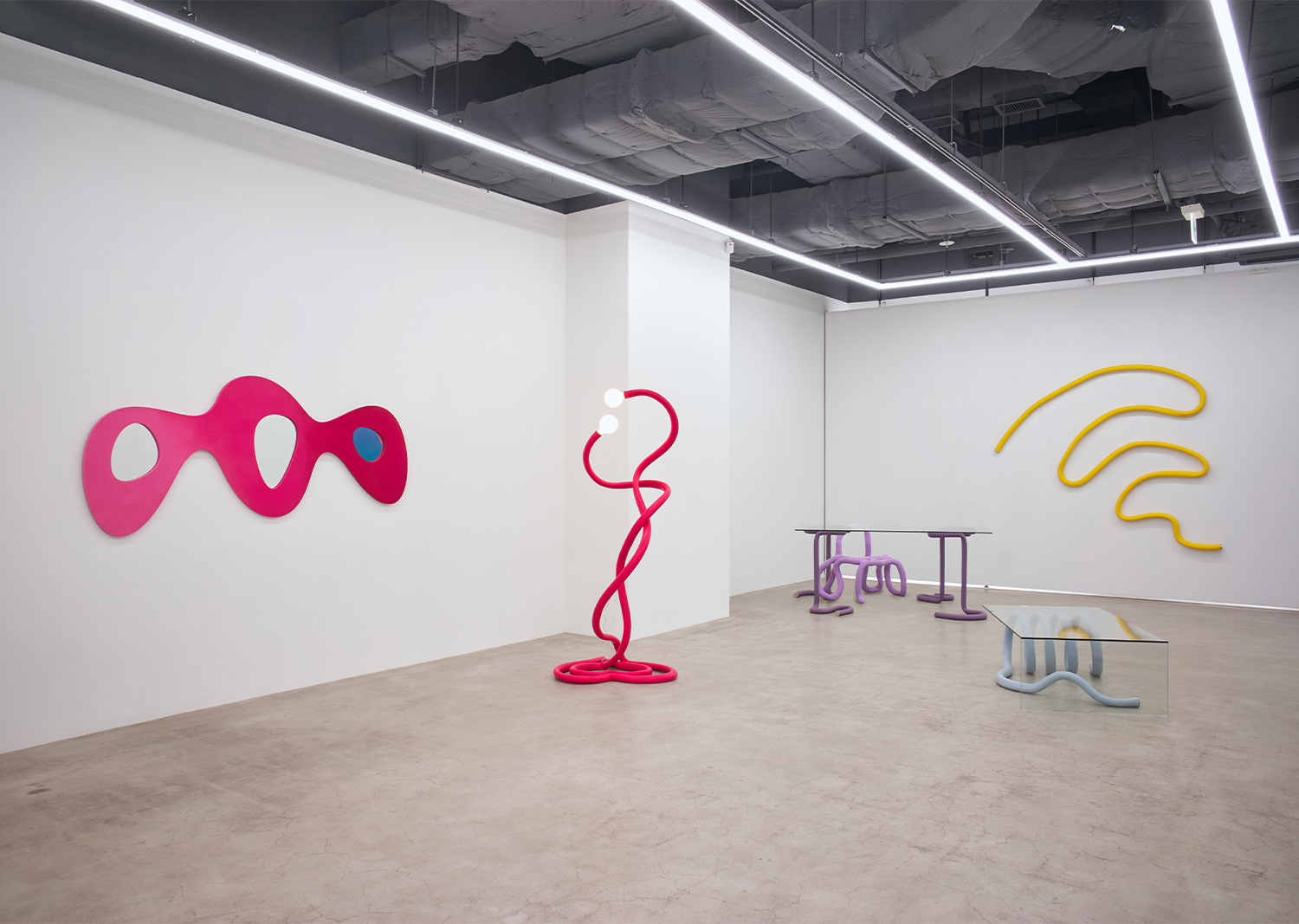 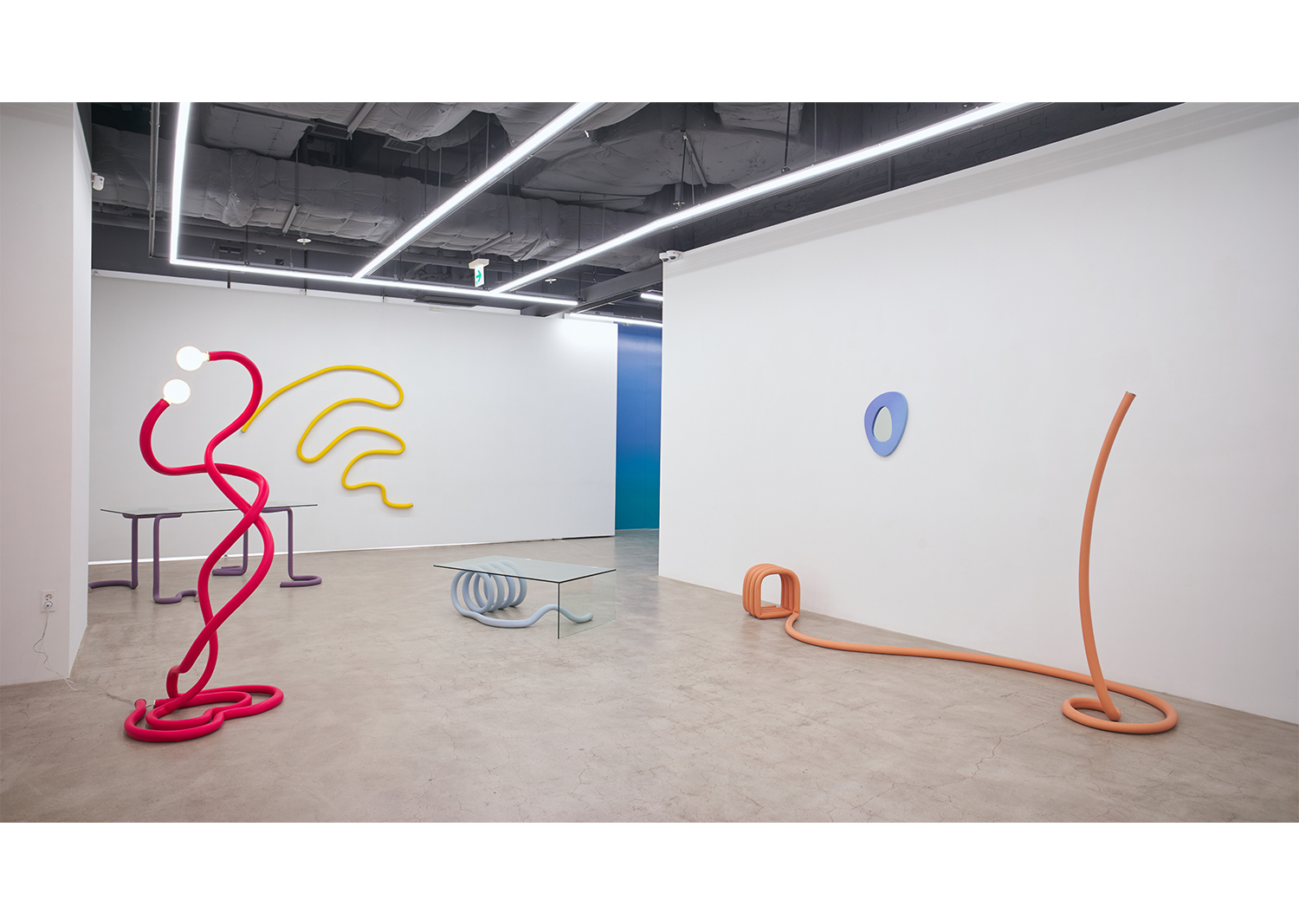 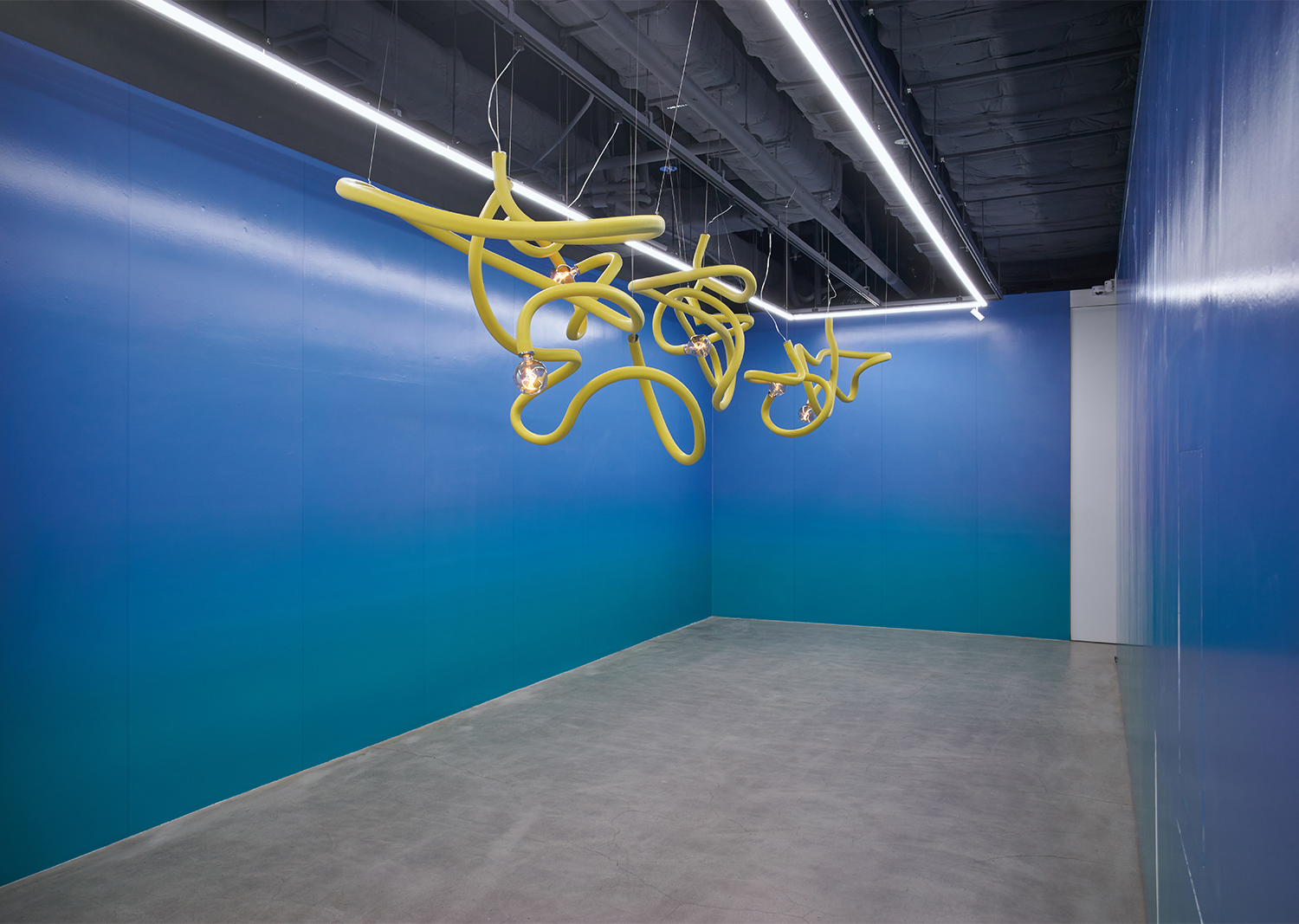 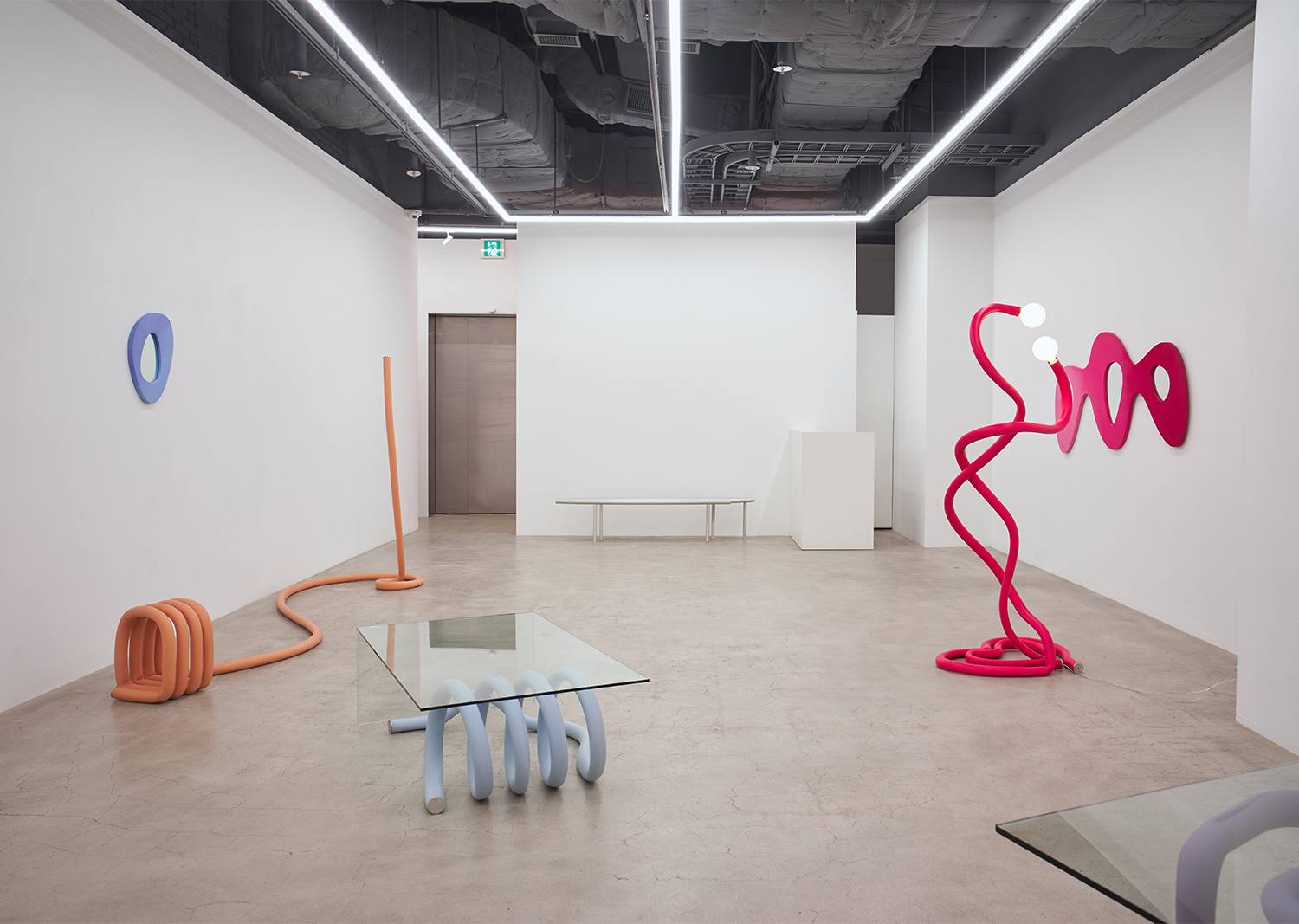 Greem Jeong explores the shape of the organic line in the boundary between the solid and the plane. Her representative work, the Mono series, embodies everyday objects into informal forms as if drawing in space with an unbroken line. While the Mono series pieces are lifeless objects that were inspired by the smooth texture and long form of tubes, which are construction materials or machine accessories, their organic curves give a dynamic impression. By using industrial materials, which are "parts," as a key material of the work and transforming the secondary material into the main material, it creates new values and breaks the boundary between aesthetics and purpose. By breaking away from the typical form of existing objects, the interactive object, which stimulates the senses and imagination of the audience, also obscures the boundary between perception and intention.

This solo exhibition, Mono, by Greem Jeong consists of planar pieces as well as three-dimensional works and concentrates on expandability and possibility of variation of the pieces. While the objects that occupy a specific space appear to be briefly motionless, just like a still cut, the vitality that they possess makes one imagine of yet another story.

Progress of civilization has made mass production possible. This change has transformed many objects around us into ephemeral monoliths. This has led to the side effect of having things that cause emotional disturbance among humans to gradually disappear. Even though it is something that stirs up emotional communion just by being next to someone, what we commonly refer to as sustainability does not simply have an environmental aspect, it also entails the consideration of how they are cherished and recollected next to us.