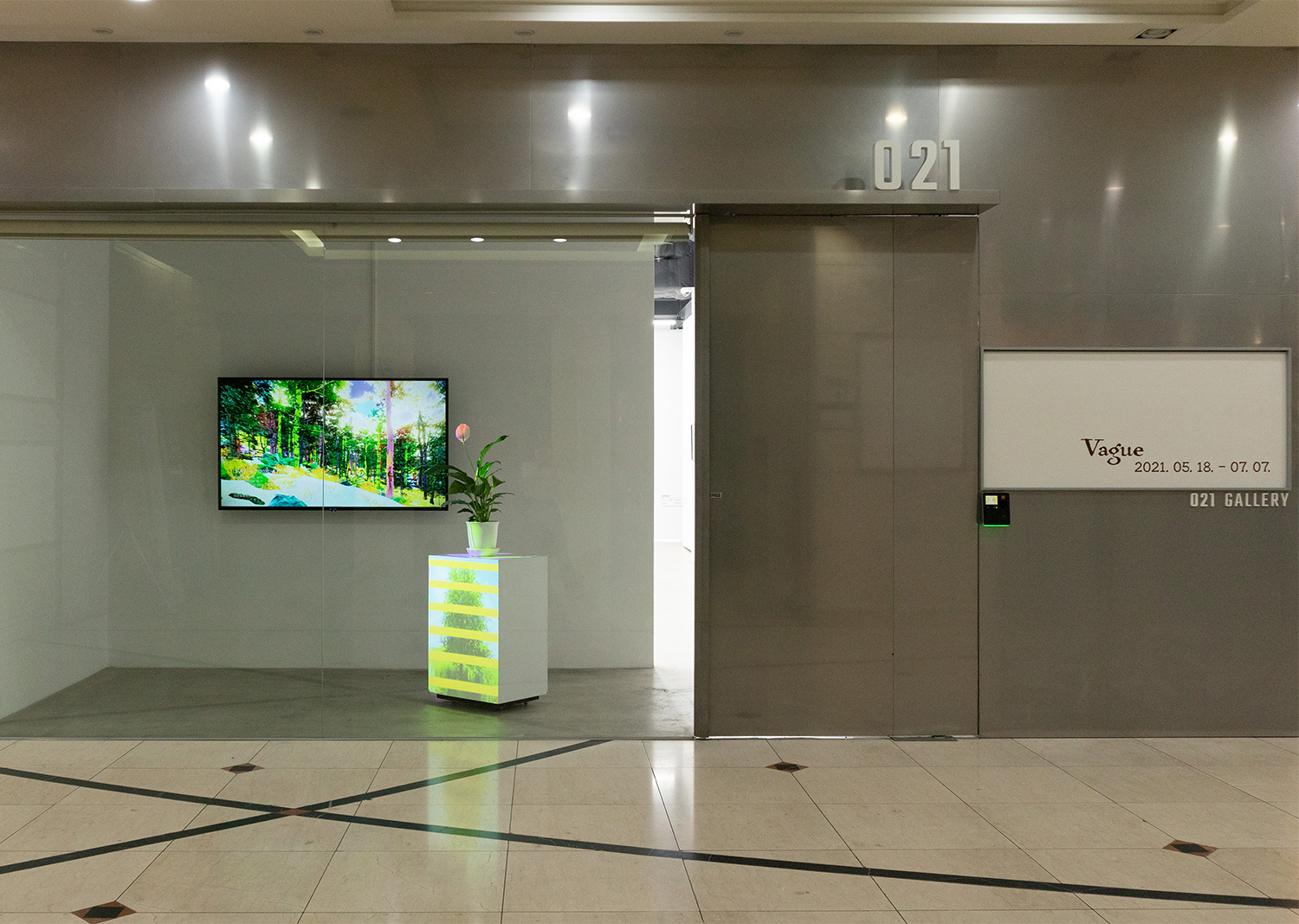 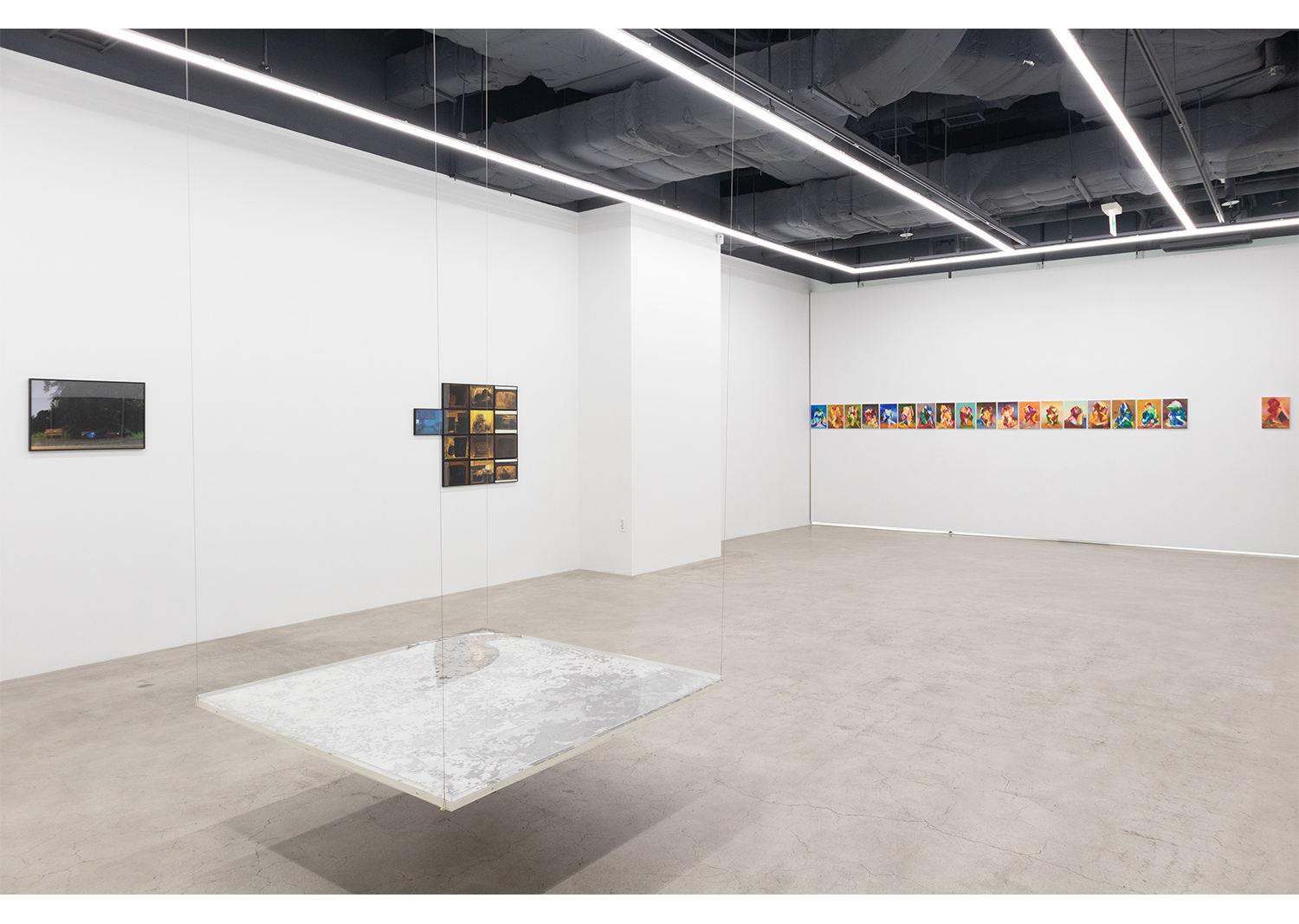 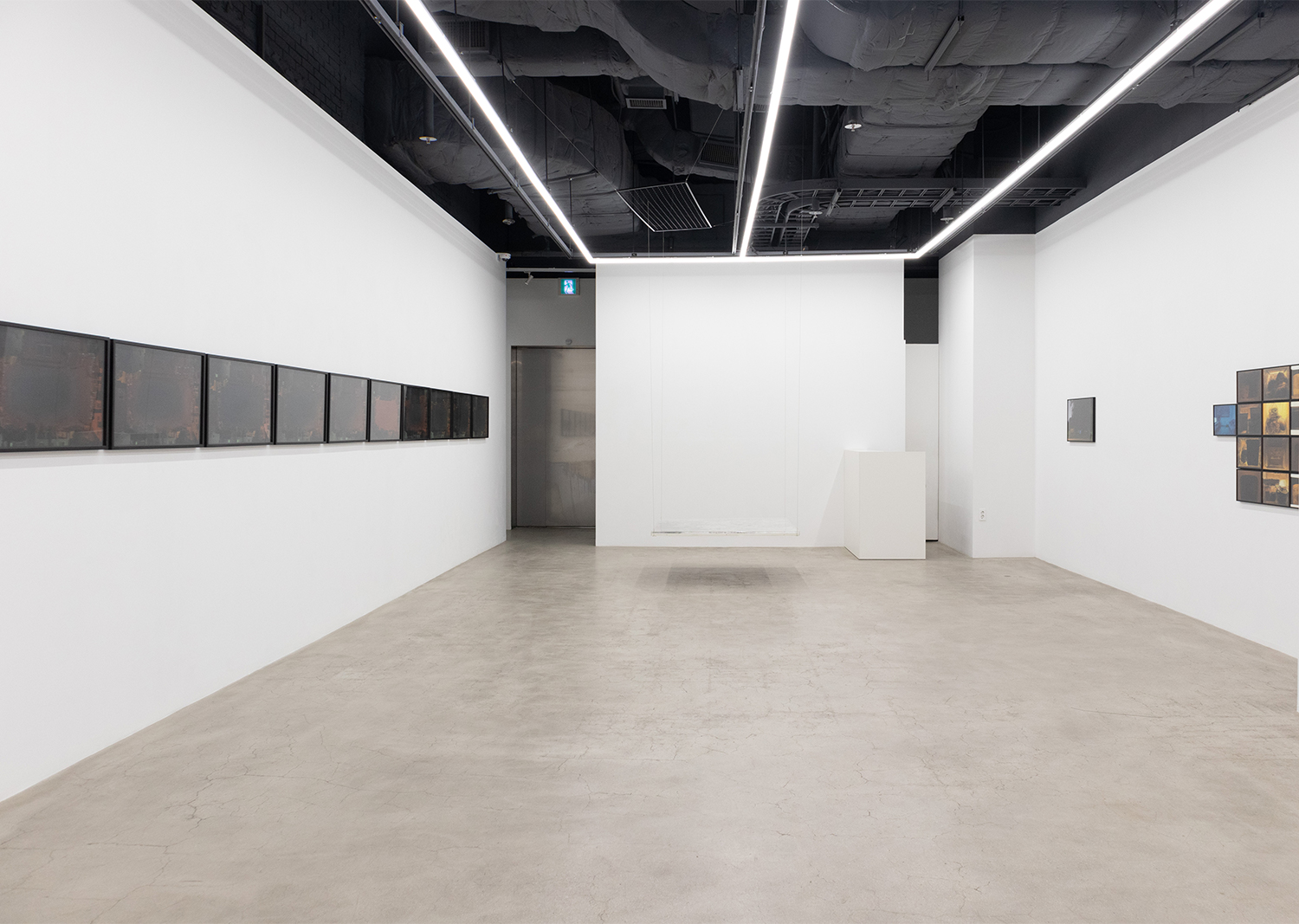 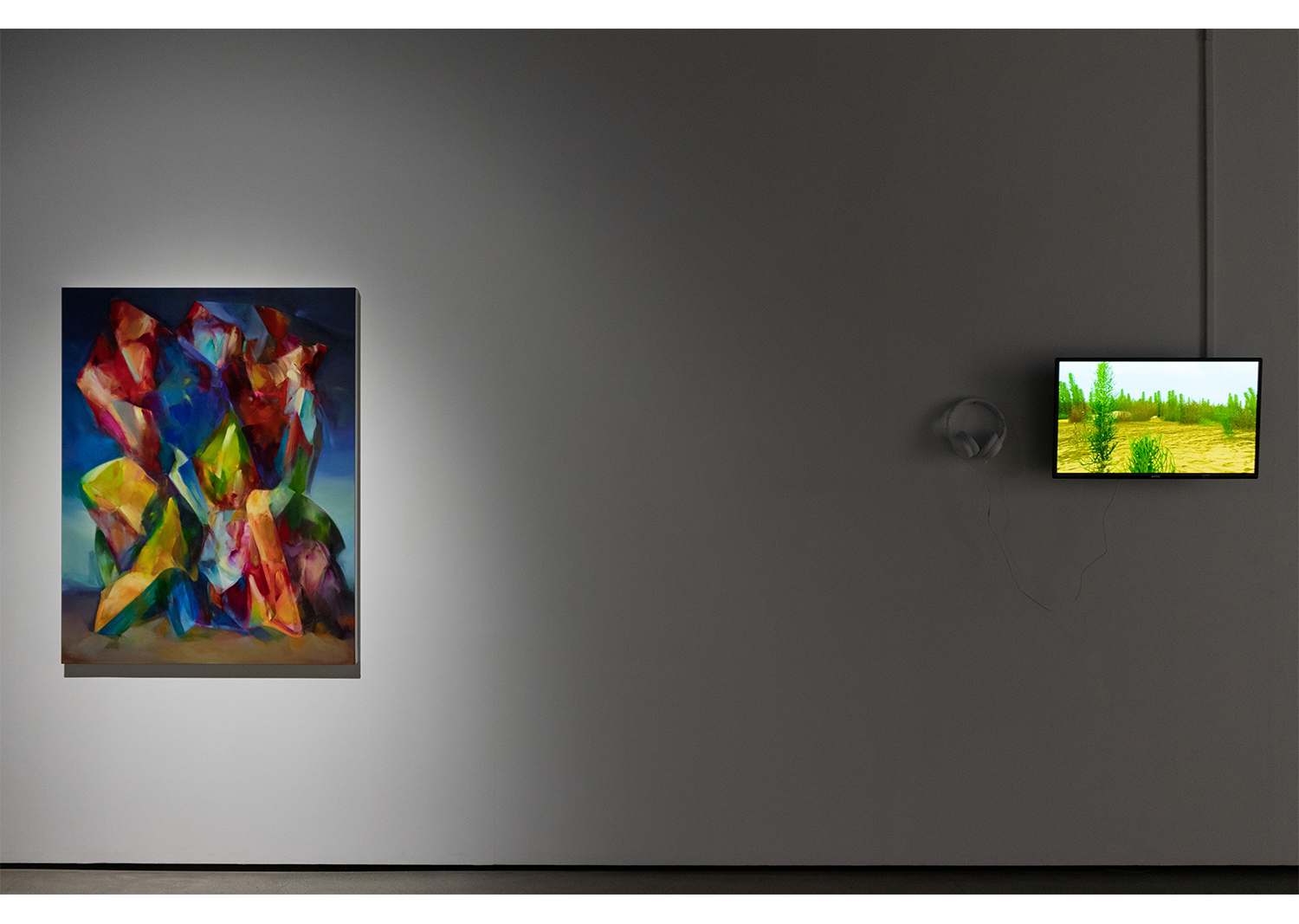 Anna Kim presents virtual reality, which is an obscure landscape where creation and extinction, reality and fantasy, and the past and future seem mixed as one, through video and real-time rendering simulation.
Dongil An photographs and paintings are the process of the development of landscape and the record of viewpoints. The landscape of everyday life obscured by unfamiliarity and familiarity is not a landscape as a single image, but a discovered landscape that reveals a hermeneutic viewpoint.

Jihoon Ha paints landscape. He structures the landscape from his memory, not representation, and shapes it into a heavy and heavy mass. The shaped mass is obscure. It is a figurative, abstract, mass of material, and a collaged landscape.

Anna Kim
Anna Kim is a multi-media artist currently based in Gwangju, South Korea. Originally from Los Angeles, California, she explores issues of ontology and the Anthropocene, especially through examining humanity's relationship to technology and nature. As a Korean American, she was deeply influenced by the 9/11 attacks and the subsequent wars which still continue till today. Her work addresses coping with psychological traumas of violence, both personal and societal, and contemplates on the possibility of idealism, hope, and healing.

Dongil An
I am now working on my viewpoints in looking at the landscape.
To people, the landscape changes according to the changes in life, and they adapt to it. In addition, there are differences between individuals in adaptation. I am one of those who do not easily adapt and feel anxious. However, I had to adapt to it to keep up with the social system, and I had to find something familiar in an unfamiliar environment to adapt to it. By repeatedly encountering new landscapes based on familiarity and changing them into everyday life, I adapted to it.
Whenever the landscape became familiar and it became everyday life, I questioned about the familiarity. The question then made me feel the familiarity as unfamiliarity. At that time, I recorded my viewpoints on the landscape and my feelings as a work.
I repeatedly worked on small events to tell my viewpoints on the landscape that I have seen. My work is the repetition of observation, recording, and dizziness. Repeated observations left discoveries behind, and repeated records left works behind. The dizziness caused by this is left to be me as a scratch. The scratch was inscribed in awareness and non-awareness as I looked around and recorded it. The scratch then led me into the next work. Changes in my attitudes and thoughts in seeing the landscape according to the change in life made me shift my viewpoints in looking at the landscape, which led me into discovering another landscape. To reveal this, I observe, record, and accept scratches.

Jihoon Ha
What I note is a shift to the undying form matured through my individual experience from an evanescent aspect of nature. As time slips by, a landscape that is the stage and backdrop of an event is blended with other emotions and left in my consciousness. I try to discover its foreign afterimage and unfamiliarity and concretize them. I’d like to show the hidden side of an object and its association with my memories. A landscape in my painting is displayed in accordance with my individual experience. I hope it will be shared through the visualizations of my emotions and experiences of unfamiliarity. (Excerpts from the artist’s statement)